* If you click a link on this page and make a purchase, we may receive a small commission at no extra cost to you. Learn more. 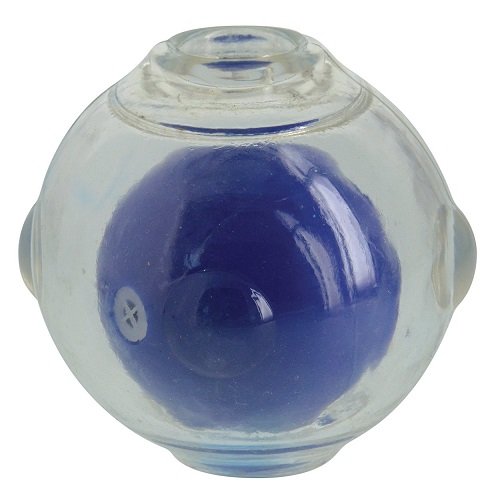 Our reviews are based on in-depth research and product analysis. Let's dive in!

The Chase N Chomp Amazing squeaker ball has more than a few things going for it. It is floatable, squeaky, and it is two balls in one. How cool is that?

The Squeaker ball is made of rubber substance that tends to withstand even the most aggressive chewers. Of course, it isn’t an indestructible toy, but it tends to outlast the competition in more than a few occasions, and it is built to last.

The squeaker ball comes in three sizes – small, medium and large. The smallest one is 1.5”, the medium is 2.5” and the large is 3.5”. Be careful not to give a toy that is too small to a large dog breed as it can ingest it easily and cause stomach issues.

The only issue with the Chase N Chomp Squeaky dog toy is the squeaker. It tends to wear off prematurely, and there are more than a few complaints online of it stopping to squeak too early.

If you found this post useful, please let others know about it by sharing it.